skip to main | skip to sidebar

Why you should avoid (vitamin D) supplements

Todd states there are several ways you can naturally activate autophagy in your body.  It turns out that all of them involve one form of hormesis or another:-

Caloric Restriction, Hormesis, and what they teach us about Evolution by Josh Mitteldorf

“If aging is driven by damage, then damage must accelerate aging. If hormesis induces damage and slows down aging, then aging is not driven by damage. So a straightforward explanation is that aging is not caused by accumulation of molecular damage.” –Mikhail Blagosklonny
http://goo.gl/jldZ7m
Posted by patrea at 10:34 No comments:

Post on Hormesis - useful summary of the key issues by Josh Mittledorf
"Maybe the fact that overeating is bad for our longevity is so familiar to you that you no longer think it’s strange.  But believe me, it’s strange.  It’s strange that the harder you work your body the longer it lasts."
Particularly why science community ignores it still:-

Excellent review of Nassim Nicholas Taleb' Antifragile at Getting Stronger

Key points, from a hormesis perspective - quoted from Getting Stronger :-

The Barbell Strategy.  One of the hallmarks of fragility is that the downside is much worse than the upside. Taleb realized this as an options trader and developed a bimodal investment strategy, using the image of a barbell as a metaphor for pursuing the extremes instead of the average.  Rather than “diversify” into areas of average risk, he advises putting the majority of assets into ultra-safe investments like cash, and a small amount–say 10%–into some investments that are riskier but have a disproportionately huge upside.  This is an “asymmetric” or lopsided strategy which protects on the downside and has the possibility of great gain on the upside.

How does the barbell strategy apply to health?  A great example is combining occasional, high intensity weight lifting or interval training, alternating with long stretches of rest, recovery and  ”doing nothing”.

Asymmetric Optionality.   Accepting the idea that we should use the majority of our assets to protect solidly against the downside, how do we decide to invest our money, time, or energies to maximize the upside?  Taleb’s answer is to create asymmetric options.  An option is not just any “investment” — it is something you can chose to act on, but have no obligation to act upon.  Taleb’s idea is to seek out or create options that have a strong upside, but very low cost or downside. He cites the example of the Greek philosopher Thales, who bought the rights to use idle olive oil presses for a very low fee.  When an unusually good olive harvest came, he reaped a fortune by renting out the oil presses to growers who had to come to him.  Look for asymmetric options in areas besides just investing.  For example, if you can secure a rent-controlled apartment, you are protected against rent increases, but if rental rates go down elsewhere, you are free to move.  In your contracts, insist on the option to cancel at will without cost. (Don’t sign up for long term phone contracts!).

See Getting Stronger
Posted by patrea at 03:06 No comments:

What causes allergies and autoimmune disease?

Another excellent post at http://gettingstronger.org
In summary*:-
We should be sure to include ample amounts of prebiotic fiber in our diet


Fiber is required by the microbes we co-evolved with and rely upon intensely for our health.  The most important type of fiber is soluble fiber, particularly fructooligosaccharides and other non-starch polysaccharides that we can’t digest without the aid of bifidobacteria, lactobacilli and other beneficial bacteria.  To ensure a robust colonization of our gut by these microbes, we don’t need to “eat” them as probiotics and yogurts or transplant them through the rear end.  The most natural way to colonize your gut is to feed them by eating a high fiber diet, and to minimize the sugars that lead to intestinal “blooms” of deleterious bacteria like E. coli and C. difficult — which you might think of as “intestinal weeds” 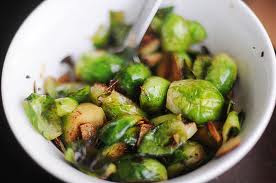 So: increase the volume of green, leafy cruciferous vegetables — such as kale, broccoli, brussel sprouts;  colored and bitter fruiting bodies like red and green peppers, herbs and spices like curcumin. Of course, fiber can be introduced from a great variety of vegetable sources beyond the cruciferous ones.  Avocados, artichokes strawberries, mushrooms, sweet potatoes…the list goes on.

Feeling Hungry May Protect the Brain Against Alzheimer's Disease

The feeling of hunger itself may protect against Alzheimer's disease, according to study published today in the journal PLOS ONE. Interestingly, the results of this study in mice suggest that mild hunger pangs, and related hormonal pathways, may be as important to the much-discussed value of "caloric restriction" as actually eating less.
http://www.sciencedaily.com/releases/2013/04/130402182457.htm

Note: One of the first scientifically rigorous demonstrations of the benefits of hormesis was a 1934 study of calorie restriction (often abbreviated “CR”) in laboratory rats, conducted by Mary Crowell and Clive McCay at Cornell. (See 'Getting Stronger')
Posted by patrea at 02:01 No comments:

Hormesis (from Greek hormæin, meaning "to excite")
This Blog links to and summarises evidence, advice and other information on the effects of hormesis for good health: how it works and what you can do to benefit maximally from the process. We attribute and thank all those with linking information.